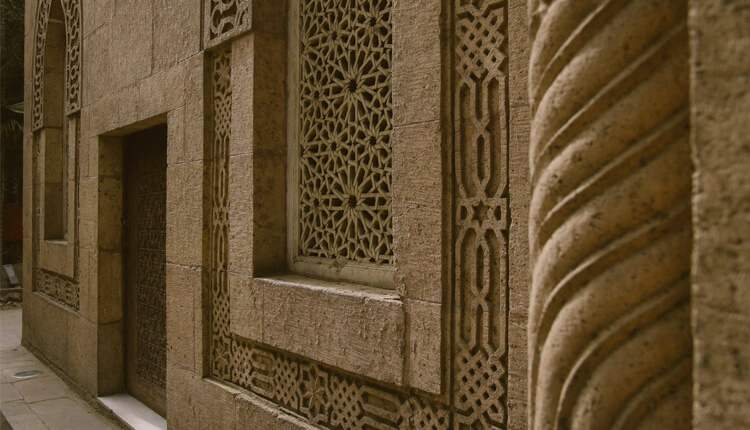 Architecture is a reflection of the relationship between time, space and culture and therefore, it is regarded as the art of innovation and creativity. There were times when architecture was linked with politics and political economy. So it means that architecture is a relative art which is basically an architect’s perspective and standpoint.

Architecture is standing evidence of a society's cultural and traditional values and acts as a shield against the cultural invasion of foreign countries. For example, constructions of cities in the Mughal reign did not imitate western urban architectural models and were not influenced by western perspectives and outlooks. This means they reflected the traditional point of view. As the traditional architect follows their own traditions, they did justice to appreciate the values of their own original masterpieces. This lead to the evolution of better and beautiful architecture.

On the contrary, during the 19th century, western architects were influenced by technological developments including prefabricated construction, the introduction of cooling and heating systems which were criticised in the mid 20th century for its sterility, "institutional" anonymity and negligence for the regional traditional architecture. Over the years, architects began understanding the value of traditional models which frequently came to be identified as "historical awakening".

Sustainable architecture techniques came into existence a few thousand years back when people were living in close connection with their immediate environment. The traditional Indian architecture is the best example of how construction was created by involving nature. Despite a hot and humid climate of India, people used to live without air conditioners which are significant contributors to global warming.

Manit Rastogi, Architect and co-founder of Morphogenesis who designed Pearl Academy of Fashion in Jaipur by implementing old techniques proved that green buildings are cheaper to build, cheaper to operate and at the same time more comfortable to live in.

So, let us explore the sustainable architecture techniques which prove that high-tech is not the solution to every problem and hence buildings can be constructed without hurting our environment.

Jharokha is an overhanging enclosed balcony that is designed to manage air ventilation and keep the interior temperatures low. It is shaped by forming small perforations in the building in a manner that naturally cool buildings in a hot and humid place. This is one of the most distinguished elements of the Indian traditional facade which can be profusely seen in the architectural feats of Rajasthan.

Quality Marble Exports (India) is one of the largest natural stone manufacturing companies in India having a team of skilled men who have mastered the art of Jharokha.

Jali broadly meaning ‘net’ is an architectural technique that involves environmental dynamics to create comfort. It is a traditional building element that protects the structure from the harsh environment using a double skin which acts as a thermal buffer between the building and the surroundings. It is created by small perforations in a wall that make the direct sunlight to scatter while it enters the interiors. Moreover, it allows the daylight to get inside without glare. Jaali follows the Bernoulli and Venturi laws which state that the speed of air increases when it passes through smaller holes. Therefore, even if the wind is mild outside, Jaali is able to create a profound effect in the indoor areas. Jaali is used to promotes light, air, and privacy together, in a smart way.

Quality Marble Exports (India) offers a variety of Jaali designs to complement sustainable architecture. We have designer stone Jaali, urban carved Jaali, and patios Jaali to enhance the penetration of daylight and air.

Roshandan is another sustainable architecture technique that allows both air and light to penetrate inside the room. It is a combination of a skylight and ventilating window. This is a key element of many houses seen in the northern parts of India. Roshandans are traditionally located towards the high-end of the ceiling wall or on top of windows. The location of a Roshandan is of utmost importance as it allows the hot air close to the ceiling to escape and maintain cooler air inside. In winters, these are closed and used as skylights.

When entering the hallway of a traditional building, one can observe high ceilings. This is mainly because a high ceiling allows the hot air to rise and escape from ventilators, forming a natural cooling effect.

Today, Indian cities are building structures that operate against the immediate environments. Urban planners and architects in India and around the world should learn from the traditional architectures that not just support sustainable living but stay in harmony with the environment. 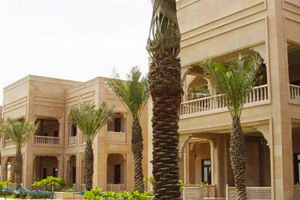 Our company has supplied a broad range of natural stones to iconic construction projects. Two of them are The Dar-El-Salwa, Official Palace of the King of Kuwait, and Al Baker Mosque in South Surrah - Zahra in Kuwait.

If you dream of a palatial home reflecting a sustainable combination of the Indian architectural style and modern architecture, reach out to Quality Marble Exports (India), the leading marble suppliers and granite suppliers, for a comprehensive construction solution.

The Many Uses of Marble & Granite: From Basic to Advanced Exotic Stones Have A Different Style Statement To Offer