The Glamour Of Natural Stones From Old Age To Present Time 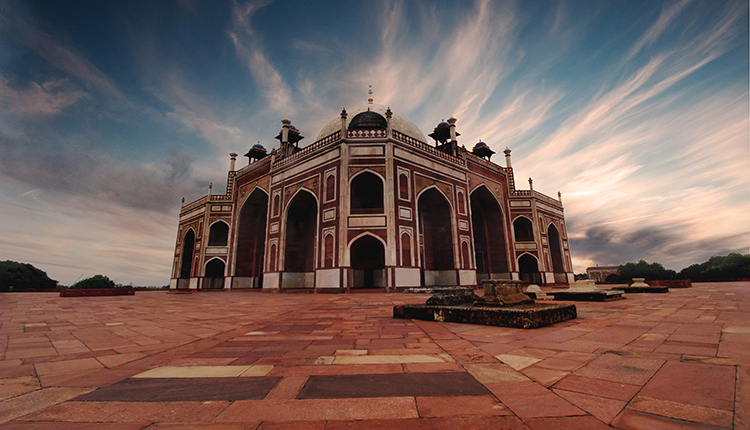 Many things we use today were recognised by our ancestors - ages ago. One of them is the natural stones used in building structures. Thanks to them, they recognised the beauty and benefits of stone which are leading modern man to make the most out of it. Even today, the iconic structures of ancient times keep inspiring modern architects and builders. Well, if we look at the use of natural stone in the ancient era, the application spans vary with different factors. Let’s go back into that era to find out some of the most interesting facts on natural stone!

The Ancient Use of Natural Stone Tells Us Something More!

The use of natural stone in construction was first seen in Egypt around 5000 years ago. After monsoon rains left the Sahara Desert, the landscape gradually changed - resulting in desiccation. This urged people to move towards the Nile River valleys. This is where the Aswan quarries were discovered. Limestone and red and black granite were extracted from the quarries to build structures like obelisks and sarcophagi which lead to the construction of pyramids we see today.

Marble is a natural stone that was recognised for its richness and beauty. Beyond that, it was used to make political statements or as a means of advertisements. The cities of yesterday were occupied with monuments bearing inscriptions on influential people and carvings trying to convey a specific message.

Natural stone is mainly recognised for its durability. This is why marble and granite floor tiles are sighted as the material used in flooring. The pyramids of Giza are one of the oldest examples. With the increasing time span, the application continued to advance. There is a piece of evidence that the Greeks created stone mosaic floors about 3000 years ago. Light-coloured stones were used in the flooring that appeared to gleam when exposed to sunlight.

The Most Common Types of Natural Stones Used Centuries Ago

According to the sources, Marble was greatly recognised by the Greek and Roman architects as a rich building material. Marble in a variety of colours and intricate patterns enhance the overall elegance of the structures. As mentioned earlier, the Taj Mahal, in India, is completely built of polished white marble which looks magnificent. Check out the variegated range of marble at the leading marble suppliers of India. 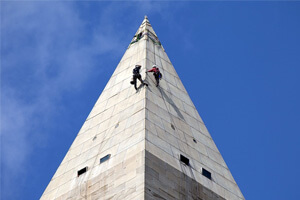 As per the Wesleyan University Geology Department, granite tile has been applied in construction since the great pyramid of Giza. The stone has been quarried in America since the 19th century. The Washington Monument in Washington DC is majorly made up of granite.

Most of the ancient monuments are built of limestone. The great pyramids of Giza are one of the earliest examples, which are made of limestone blocks, and layered with granite. Another famous example is, The Roman Colosseum built with limestone. Limestone is prone to weathering and erosion when exposed to water and wind. This is perhaps the main reason pyramids casing was done with limestone but were enwrapped with granite for protection.

Sandstone is similar to limestone in composition. Angkor Wat, a UNESCO World Heritage Site in Cambodia is fully made up of sandstone. The construction process was so successful that building with sandstone began to be regarded as the “Angkor Wat Style”.

The Drastic Transition In Techniques And Tools

Have you ever thought about how were the enormous blocks of stones extracted and transported from quarries to the construction site in ancient times? Well, the Aswan quarries (which are still in use) in Egypt reveal some techniques. The skilled workmen removed the exterior weathered layers of the stone and then dug a trench around the stone to be cut. The required depth for the trench was measured using a cubit rod. Next, the stone was cut in underneath. Possibly, they cleared the pathway on one side to cut the stone and push it out horizontally instead of lifting it. To cut the stone, workers made holes in the stone with a hammer and iron-made chisel and inserted wooden wedges. Now for the transportation, as per the existing sources, Egyptians moved stone blocks on wooden sledges that were dragged by human workers.

Today, old techniques and tools have seen a drastic change. Drilling and blasting have taken over chisels, picks, and hammers. Modern quarries use state-of-the-art technology to cut and transport natural stones. In fact, the number of workers required has greatly reduced.

How Are Natural Stones Used In Modern Architecture?

Modern architecture has wonderfully changed the way natural stones are applied in construction. As the world is increasingly seeking an eco-friendly approach wherever possible, natural stone has become an icon of sustainability. Hence, it is greatly preferred by modern architects around the world. Today, natural stones are popularly used in facade cladding due to their durable characteristics. They are natural insulators and help in reducing the heating and cooling costs of a property. Their attractive natural surface and unique textures make it perfect for kitchen countertops in the kitchen and vanity tops in the bathrooms. Moreover, they are also used in installing floors, patios, and walkways. 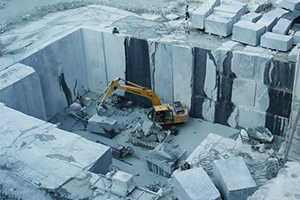 Natural stone quarries are integral components of the ecosystem. Every time dozens of natural stones are quarried from their place, it is sure to change the existing natural landscape. Hence, operating natural stone quarries is a responsible task that involves a duty towards our environment and the local community. Quality Marble Exports (India) is dedicated and determined to minimize the negative impacts of quarrying.

As one of the most influential natural stone manufacturers and suppliers, Quality Marble Exports (India) deploys robust sustainability and restoration plans, after quarrying finishes. The long-established popularity of natural stone shows it will stay in the trend.

Imperial White Granite and Nurelle Grey Granite, some of the most popular granite varieties, are the perfect materials to bring beauty to your home. So, whether you have granite floor tiles, marble flooring, or kitchen countertops, don’t forget to clean them regularly. They not just enhance the beauty of your property but also increase its market value. For more knowledge or expertise required in the natural stone area, feel free to contact us!

The Many Uses of Marble & Granite: From Basic to Advanced Have You Chosen The Right Material For Your Kitchen Countertops? Consider This Quick Guide!