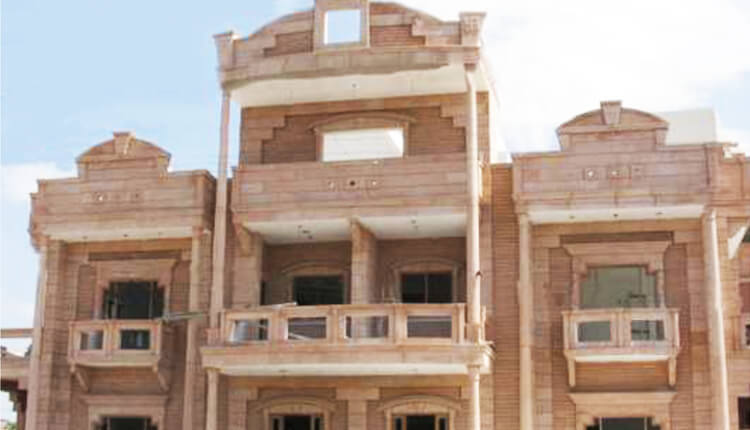 When it comes to picking a natural stone for outdoor flooring, sandstone is the first choice. It has the reputation of being durable in high traffic areas. Its textures and patterns mimic beach and desert landscapes with colours ranging from pink to chocolate.

However, how will you make the decision when it comes to choosing between the two of the world’s best varieties? One is Dholpur Sandstone and the other is Jodhpur Sandstone. Each one has unique properties that make them most suitable for certain applications.

If you are looking to decorate your property with sandstone, the context given ahead will help you make an informative decision.

Before we move on to compare both Dholpur and Jodhpur Sandstone, let us quickly delve into their 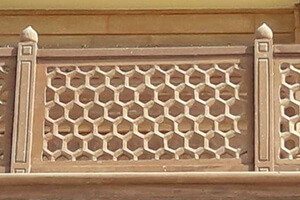 similarities. Both the stones are resistant to acids, alkalis and thermal variance. In terms of appearance, they show regular bedding with uniform grain size. As a result, both are naturally attractive and available in beautiful colours including pink, beige, brown, and chocolate.

Now, pointing out the differences, Dholpur Sandstone is softer and more porous than Jodhpur Sandstone. Its water absorption capacity is the same as marble. Hence, before installing it into areas like the bathroom and kitchen, five to six waterproofing layers are required. This ensures that the sandstone slabs remain unaffected by moisture.

As Dholpur Sandstone is soft, it is highly preferred for hand carving. Due to this property, the stone 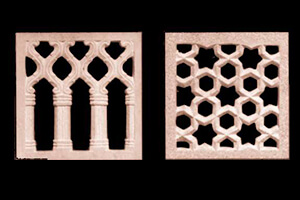 easily takes up any shape. Hence, craftsmen commonly use the stone to create decorative sculptures, figurines and garden ornaments. The stone is also great when used for other small applications like fireplaces.

But if you wish to use sandstone for bigger projects, Dholpur Sandstone is not the right choice. This is when the qualities of Jodhpur Sandstone come to light.

Sandstone from Jodhpur, Rajasthan is known to be the youngest of the quartz-based stones. The natural stone is highly acclaimed for big architectural projects. Thanks to its robust chemical and physical properties that work almost like granite.

The stone is highly durable, hard and less porous. Due to its hard nature, the CNC water jet is used to carve and cut the sandstone slabs according to different applications.

Even when installing it in wet areas, it requires waterproofing of only one to two layers. Due to high silica content, it does not require surface treatment. And it is least affected by harsh weather conditions.

Use Of Jodhpur Sandstone In Iconic Monuments

Owing to Jodhpur Sandstone’s robust properties, it has been extensively used in ancient as well as modern monuments in India. The Mehrangarh Fort and Rashtrapati Bhawan are two of the best examples of its magnificence.

Even in and around Jodhpur, you’ll find this sandstone in the form of archaeological monuments and cenotaphs. Going beyond borders, the stone is popular in Canada, Japan and the Middle East countries. So, how would you wish to decorate your home with Jodhpur Sandstone? Explore some of the best applications ahead.

The Best Applications Of Jodhpur Sandstone 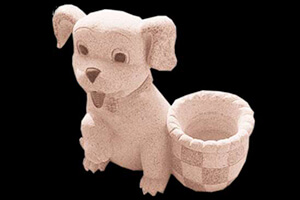 foundations? Sandstone beams, pillars, columns and arches strongly represent the classic style and refinement. That is why it is not surprising you’ll find them in museums, government buildings, universities and luxurious mansions. Consider the widely used Jodhpur Beige for stone foundations.

Using a Jodhpur Sandstone window sill means adding strength and luxurious feel. Be it a farmhouse style or modern property it excels in delivering high aesthetic quality and durability. 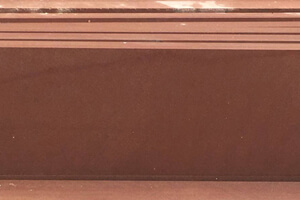 property. This feature adds a line of distinction that stays unparalleled from any other material. This effect intensifies especially when Jodhpur Red sandstone is used. It reflects a stunning dark background with a pinkish texture.

A Jodhpur Sandstone wall stays strong and functional for ages. Sandstone slab suppliers carve and cut these stones in any desired shape, size, and design. For example, Jodhpur Beige sandstone is extremely popular when you want a minimalistic modern look.

Sandstone fence posts are a popular choice in big mansions. Besides giving a palatial look it acts as the boundary of your home. But before you opt for one, make sure that the colour and style of facade complement the fence post. For instance, when using Jodhpur Pink sandstone for walls, you can match it with a Red fence post.

Jodhpur Sandstone washbasins are ideal for both residential and commercial space. They tend to become the centre of attraction in luxurious bathrooms. You can get customised pedestal-based basins or independent structures with old-style or contemporary design.

QM India is one of the leading sandstone suppliers and exporters. We offer both Dholpur and Jodhpur Sandstone for various applications. Our highly skilled craftsmen create bespoke sandstone masterpieces for both traditional and modern homes and offices.

In Jodhpur Sandstone category, we have all colours including beige, pink, red and chocolate. Consider any of these for any big project that calls for ultimate strength and durability.

We hope that the context given above has cleared the ambiguity between Dholpur Sandstone and Jodhpur Sandstone. So, if you have already arrived at a decision, contact us! We will ensure that sandstone adorns your space in the most luxurious and protective way for centuries.

The Many Uses of Marble & Granite: From Basic to Advanced Renovation With A Touch of Luxury